Linesmakers nailed it on the head with Northern Iowa.  ATB followers were advise to take Northern Iowa at -7 and the final score was 59-52.  We had a one and one free throw attempt in the last seconds but our horse missed the front end.  This resulted in the very first push in our projects.  So where will that put us in our profit path this morning?  Stay tuned for another Silicon Beast selection and a free pick from one of our favorite sports for you this morning.

Dangerous Waters Ahead For the Beast

This is one of the moments we were waiting for.  One of the most polarizing teams between home and road performances is the Utah Utes.  We have a cover by them already but that is because linesmakers do not give enough credence to their home court advantage.  Alas the opposite might be true when they hit the road.  Will the Silicon Beast factor too much of them performance at home into a translated advantage at UCLA.  There is a pronounced difference between where the bar was set offshore and what the app thinks it should be.  Let us hope the code is on our side today.  The Silicon Beast Selection of the day is the Utah Utes -6 at UCLA this evening.  Let us hope this one is not spot on the number like last night’s choice was.

Time for Kobe to Go

What is it with Laker greats staying way past their prime?  I remember a lumbering Kareem slowly sauntering up the court.  Magic had many comebacks after his tragic illness.  Now Kobe is unraveling before our eyes.  Shoulder surgery with up to nine months out in rehab.  This should be it.  Call it a career while we still covet you.  This will also be good for your franchise as you can now drop the baton in hopes that someone will pick it up.  It is not that the Lakers will be good in either case.  Closure is under rated in sports today.  Plow forward and make those Kobe-less plans starting today.

In honor of the Lakers, ATB recommends +8 against the Bulls at Staples this evening.  The team will galvanize around this situation.  A ton of minutes have been permanently freed up for the rest of the season.  Look for those auditions to get those minutes starting tonight.  With the Bulls this far from home for so long, look for an easy Lakers cover this evening.  Good fortune and we will see you tomorrow at ATB. 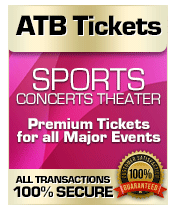