The NASCAR Cup Series heads to Richmond Raceway for the running of the Toyota Owners 400. As with the last several seasons, Martin Truex Jr is among the favorites to win the race this weekend. But unlike years past, he’s not the lone favorite! Both Kyle Larson and Chase Elliott come in at +750 with Truex and a few others at +1000.

This is the first time the new NextGen car will be racing at Martinsville so that may play a factor as Truex has not won this season and had somewhat of an up and down run so far. He won two Stages at Daytona 500 before being relegated to a 13th place finish to start the year. Since then, he has finished 5 of the 6 races run this season by finishing 13th or better every week.

Chase Elliott (+750) has been as good as gold at Richmond, with top-five runs in two of his last three starts on the .75-mile oval, he’s likely to be the the race favorite because of how he’s running overall—his worst finish over the past month has been 11th.

You can’t count out  Kyle Busch, with a series-leading six victories and only one result out of the top nine since 2014 at Richmond. Kyle Busch is +1000 this afternoon after a few shakey starts to the 2022 season.

Our Pick today is Martin Truex Jr (+1000). Truex Jr has been so dominant at Richmond, with three race wins and nearly 700 laps led since 2018, that this type of value can’t be overlooked. So take it while you can, especially given that the Joe Gibbs Racing driver has been solid enough with finishes of eighth, eighth and seventh over the past four weeks. Truxex Jr has yet to win and if Gibbs Racing can keep him close in the those final 5 laps he should make an honesty run for it today. 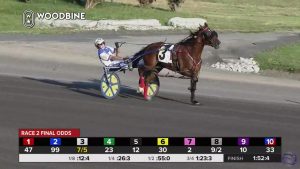